“It’s not what you look at that matters, it’s what you see.”

Mindful Seeing 'The Art of Photography'

“Be present and ready to react”

Photography can be understood as a kind of mindfulness training for the senses. The point is to understand photography as a means of making us more serene and balanced.

The camera serves as a ‘seeing aid’ so to speak that can teach us to see more mindfully without a camera. The tactile experience of shooting with a camera that fits comfortably in your hand and becomes an extension of our photographic sense. It’s about forgetting time and rediscovering the world while looking through the camera viewfinder. The challenge to more fully consider shapes, sizes, perspectives, and angles of subjects before pressing the shutter button heightens our awareness.

Experiencing our environment intimately with the camera allows us to perceive things in a new and different way. Contemplative photography, is a form of meditation, as strolling around consciously with your camera, allows our world to become more detailed. Making photographic excursions without prejudice lead us to something we didn’t expect in advance.

Think of Photography as a kind of meditation that you can dive into, but will never reach the bottom. Your approach is much more important than the medium you use. Learn using your most valuable instrument: Your eyes.

“For me, the camera is a teaching tool – you get to know yourself and the world.”    J.A. Reichardt 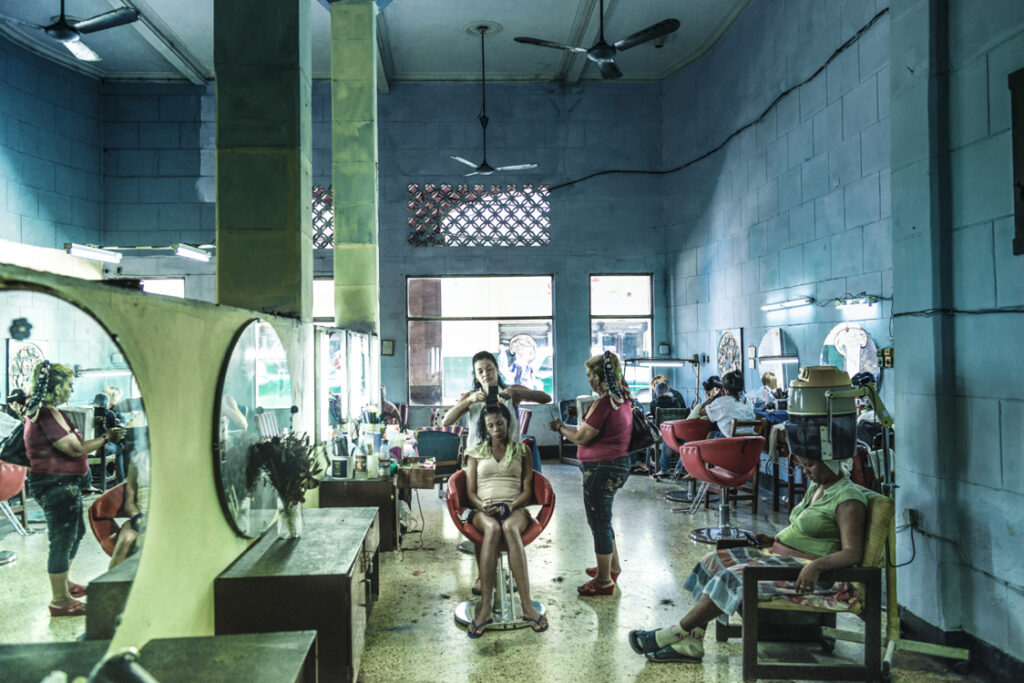 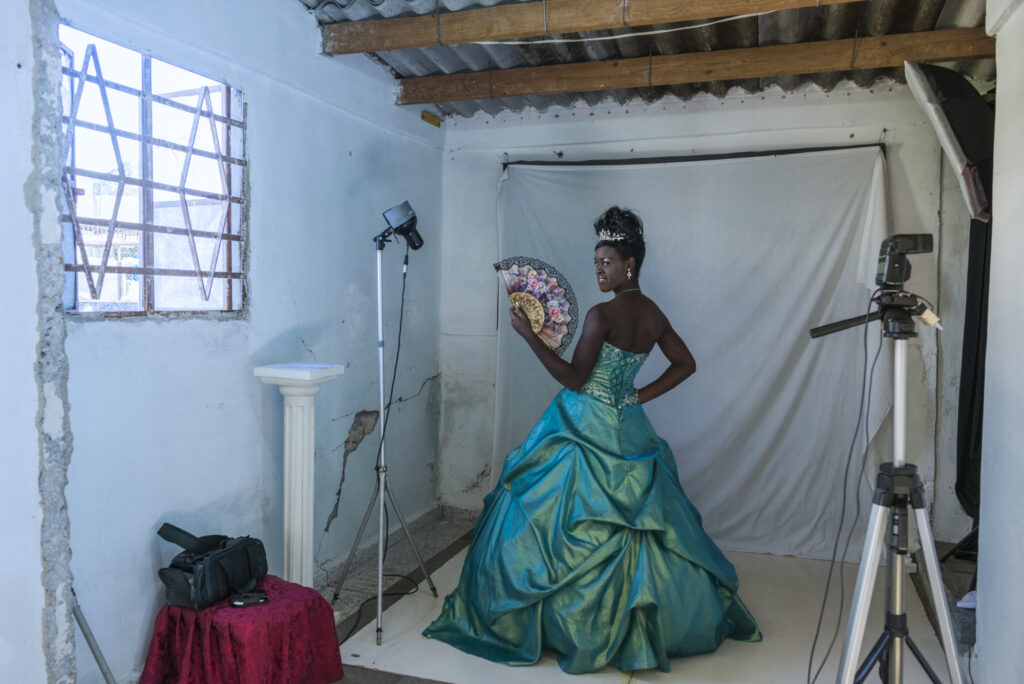 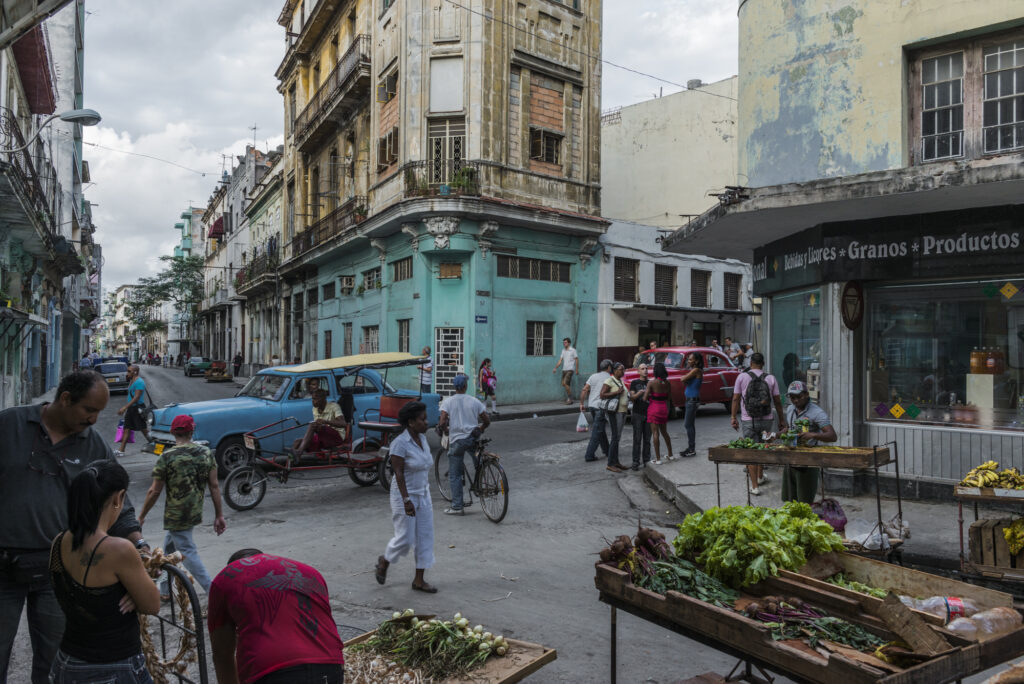 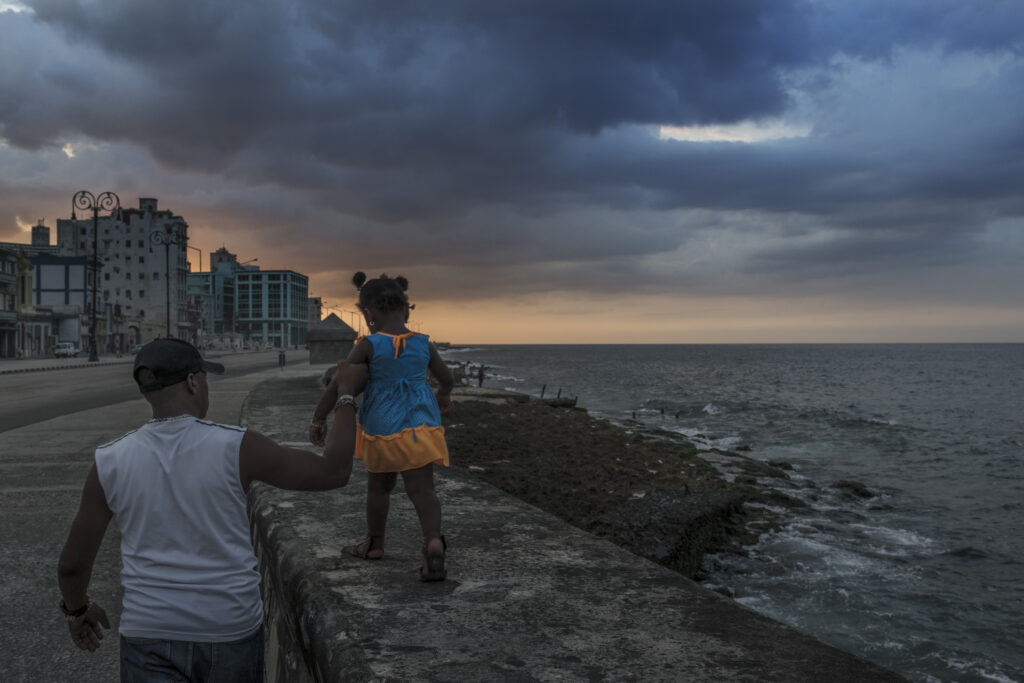 The small size of this group will allow to offer each participant very dedicated photographic instruction and daily photo review sessions.

You will learn that good photos are less about technical know-how and more about using your most valuable instrument: Your eyes.

Open to photographers at all levels who are passionate about improving their image making, in a mindful approach.

Havana; – straddling between socialism and capitalism, decay and glamour, seditious colors and melancholic interiors, racing in many opposite directions due to its slow development into an uncertain future. Relaxed Caribbean island culture mixed with the big city life of Havana, where American vintage cars from the 50s drive past you on Havana’s Malecon.

Cuba is not just unique, but one of the most rewarding photographic and cultural experiences you will ever encounter. Because Cuba is so different it requires an open-minded and rewarding sense of adventure. Prepare yourself to be completely wowed.

Photographing Cuba offers us the rare opportunity to capture its warm people alongside its natural beauty, between emerging modernity, social distress and magical decay of breathtaking architecture.

Your in-person Masterclass with the experienced photographer Joerg Alexander Reichardt will combine exciting visual tours with on-location work in a mindful photographic approach to connect your photography and your mind, broadening and deepening your own vision by using the camera to explore the city in a direct, spontaneous way.

In our Masterclass, we divide our time between Havana, the vibrant capital of Cuba, and Trinidad, a distinctive colonial city on the country’s south coast. Sensual Cuba is a land of intense rhythms, colors, emotions, aromas and flavors. We will experience the rich and colorful culture and real life in Cuba and you will visualise it with your photography. You can expect incredible opportunities for portrait, street and cultural photography, in the most inspiring locations in the best light of the day.

During the day we will fully immerse ourselves in our Masterclass with different tours and photo walks and various photo sessions. We will meet the locals, visit musicians, dance groups and religious rituals and follow their music and rhythm. We will work with dancers, models and real people and focus on their expression, the body and its shapes, lines and movements, surrounded by the rhythm of culturally vibrant Cuba.

Havana is in an exciting period of development as the city revives after the devastating pandemic. The master class requires empathy for the local people and the many conflicting social issues they face as we leave the beaten path, go into the field and develop our own visual stories.

Alexander will teach you his philosophy in photography, you will develop a sense of form and rhythm, making your images compelling to the viewer. Learn how to develop concepts, work in the street, make portraits, work with body and movement, photograph with natural and artificial light and bring images to life in post-production.

Although we do our best to adhere to the listed itineraries, there may be new opportunities for activities that we would like to include. Our Masterclass requires flexibility and changes in activities, weather or other circumstances may occur. The program may therefore vary slightly. 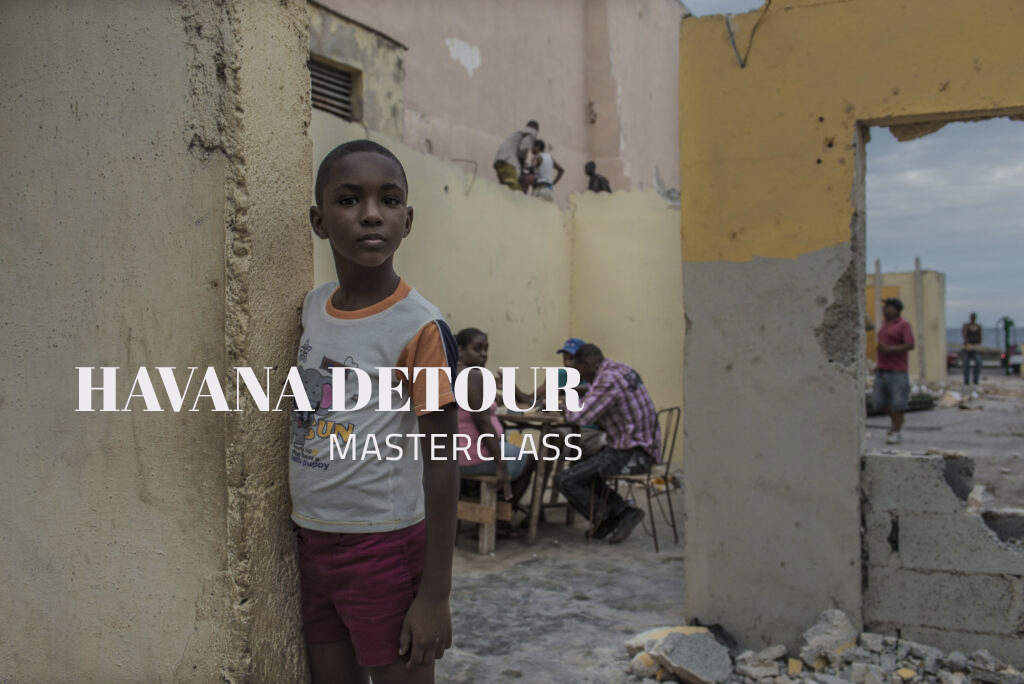 Photography Masterclass in Cuba over 5 days in Havana and Trinidad. On each Masterclass day, depending on the day’s theme, we meet either early in the morning or at lunchtime and take on a photographic assignment in the context of the city, its culture and history.
Based on the photographer’s individual concept, which we tailor to each participant during the Masterclass, you are free to continue the day in the group, alone or with other photographers.
In the evening or the next day, we will discuss your photographic work before moving on to the next assignment.

We spend the night in cosy and comfortable Casas Particulares, typical Cuban guesthouses, where we enjoy Cubans warm hospitality. All rooms have private bathrooms. In the breaks we will use the time to select and edit our pictures and plan our next photo sessions with Alexanders’s competent support and teaching.

We require all attending photographers to bring their own cameras (and 1-2 lenses) plus support gear (memory cards, extra batteries, charger, card reader, external hard drive, power adapter, small photo bag, pocket torch, lightweight tripod) We also encourage you to bring your laptop to download your images for review & positive criticism and to edit the images in the postproduction process.

Participants make their own air travel arrangements to arrive in Havana in time.

Once the trip is confirmed, travel details, suggestions, and tips to help participants travel to Cuba are provided.

*Visas can be purchased at the airport before departure from your air carrier.

*Visitors to Cuba must also have proof of valid medical insurance.

If you prefer to participate on a daily basis, the basic day fee is 400,- €. Depending of the class and the individual activities, additional fees will compline. As well, if you’re interested in one-to-one teaching lessons, please enquire for availability and possible special arrangements.

Masterclass Fee 1.800 €  – Upon workshop acceptance payment of 600 €; payment is due in full before the Masterclass begins. 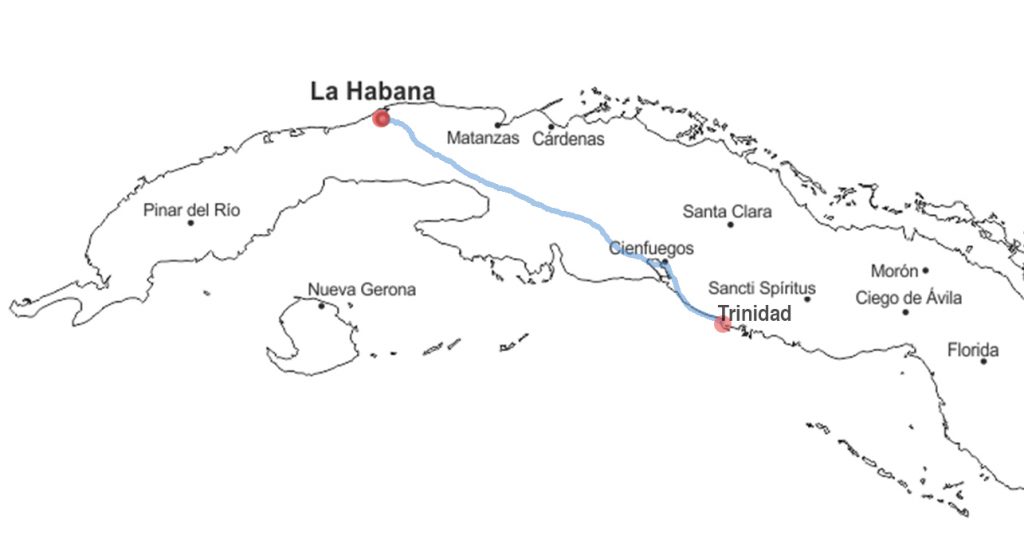 The blue line shows our 300 km route from Havana to Trinidad.

Masterclass fee: € 1.800 incl. accommodation / upon workshop acceptance payment of € 600 / payment is due in full before the Masterclass begins. 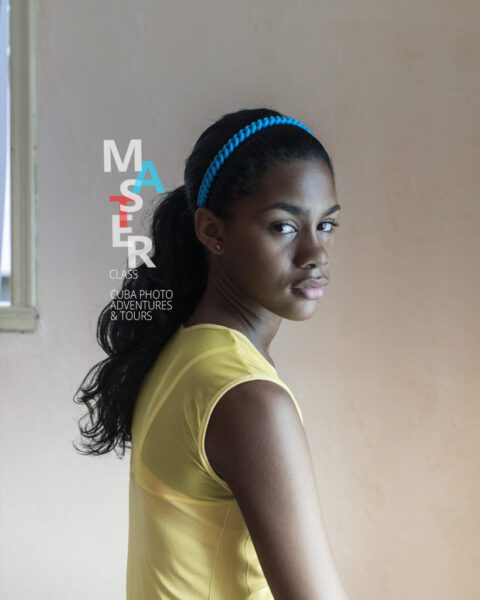 If you are interested in participating in the next Masterclass in Cuba, or if you have any questions, please write to us directly:

“Light is not tangible, but it has a sound.” 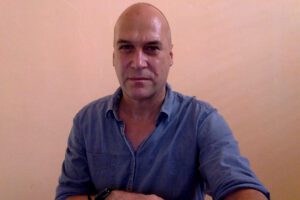 Joerg Alexander has been a freelance photographer since the eighties. After studying art in Basel, Switzerland, he was involved in a number of theatrical and film productions before dedicating himself exclusively to photographic work in Berlin, Paris, Milano and New York. Joerg Alexander has never lost the sense of the theatrical and the dramatic, shown by his urgency and energy in the images he creates.

Joerg Alexander’s work is diverse, ranging from a basis in staged commissioned photography and portraiture to personal documentation and fiction. It expands from the often glorious world of advertising to that of the non-profit, as well as the playful, and hidden inner worlds of the heart and soul.

In his work Joerg Alexander is concerned with finding new approaches to story and character, as well as with exploring the limits and possibilities of language and images themselves, poetically charged, fuelling the imaginary space. In his staged photography, Joerg Alexander’s work merges the timelessness of composition with the liveliness and presence of spontaneously unfolding events. In his documentary work, he is drawn to the exploration of social ideas and beliefs, confined to the perspective of an outsider witnessing the social game that unfolds. Working across these contradictory contexts Joerg Alexander approaches related ideas time and again from different angles, in the urge to get closer to the issues and experiences that interest him – always in search of a new perspective however different, deviating, or rewarding it proves to be.

What does Joerg Alexander have in his bag?

Gimbal – Zhiyun Wilbilly with extra side grip and Follow Focus

This website uses cookies to improve your experience while you navigate through the website. Out of these cookies, the cookies that are categorized as necessary are stored on your browser as they are essential for the working of basic functionalities of the website. We also use third-party cookies that help us analyze and understand how you use this website. These cookies will be stored in your browser only with your consent. You also have the option to opt-out of these cookies. But opting out of some of these cookies may have an effect on your browsing experience.
Necessary Always Enabled
Necessary cookies are absolutely essential for the website to function properly. This category only includes cookies that ensures basic functionalities and security features of the website. These cookies do not store any personal information.
Non-necessary
Any cookies that may not be particularly necessary for the website to function and is used specifically to collect user personal data via analytics, ads, other embedded contents are termed as non-necessary cookies. It is mandatory to procure user consent prior to running these cookies on your website.
SAVE & ACCEPT